As a teen, Artuz would dream of entering one of the prestigious schools in his city. Having a degree meant securing a better life for himself and his family, an opportunity for change and a new world of possibilities. His first attempt would yield in failure, as he was unable to meet the course standards. Yet this setback would not deter his convictions as he managed to successfully enter another university, and this time as a working scholar.

It is said however that mankind is embolden by conflict, that all difficulties are meant to inspire, not discourage. Such would be the case for young Artuz, as he lost his father before his 18th birthday. This rude awakening threatened to derail his carefully laid out plans, his future was in jeopardy as he was thrown into the role of sole provider for his mother and sister. Torn between finishing his education and being a sole income earner, he was still determined to accomplish both despite the overwhelming odds.

Struggling to make ends meet, he decided to temporarily forgo his studies to prioritize securing a full time job. However, securing work as a 17 year old without any work experience would be a daunting task. Learning of the Philippine Call Center Institute, he enrolled for a free certification course in contact center services. This would eventually help open doors for work at local BPO (Business Process Outsourcing) companies. It was there he would toil for four years as a humble telemarketer until he learned of a startup company called Accentline.

It was there Artuz proved himself capable with every campaign assigned, his fierce resolve and steadfast determination to see things through ensured his consistency as a top performer. When an opening for campaign manager was announced, he was the only applicant without a personal recommendation from upper tiers, yet he blew the panel away with his wit and knowledge. Considered a "dark horse" by the company for his underappreciated work, he remained adamant in opting for hard work over politics in all his achievements.

Artuz believes working for a company that allows freedom to innovate without judging a person's identity is key to leaving one's comfort zone. In 2018, he resumed his studies and was offered a position as an upper level manager of the company. To this day, he continues to inspire others with his self-effacing beginnings; a constant reminder to everyone that hard work will get you places. Why Some BPO Applicants still fail to Qualify for Work Steps to a Better Life 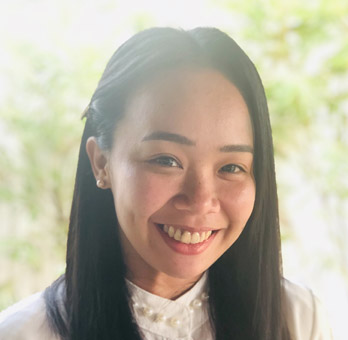 Tips for Building your Resume

A Beginner's Guide to Building your First CV